Before we go through reasons as to why a Phototherapy treatment may be more favorable than lasers, it’s best we help you understand what a targeted phototherapy system actually does.

What is a Targeted Phototherapy System?

A targeted phototherapy system works much like excimer lasers in that it can be used for many dermatological cases, including autoimmune conditions, such as psoriasis, vitiligo, eczema, etc. It’s applied directly on the affected areas of the skin, using UVA/UVB radiation. 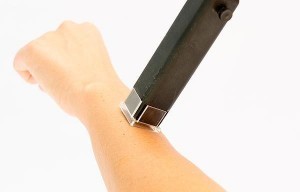 What Are the Advantages of Using a Targeted Phototherapy System?

First, we have to make clear that targeted phototherapy must be operated by a Physician or under the supervision of one. The reason being is that it emits radiation and falls under the visible spectrum range. However, it’s often considered a more favorable treatment than those involving lasers due to many reasons, including it’s faster recovery period, more pleasant treatment experience, and for many physicians, competitively priced compared to many lasers.

Theralight’s Dualight system also allows a more uniform penetration into the skin. The image below shares an example of hot spots would look if you compare the phototherapy system to a generic excimer laser. Notice the uneven coverage? 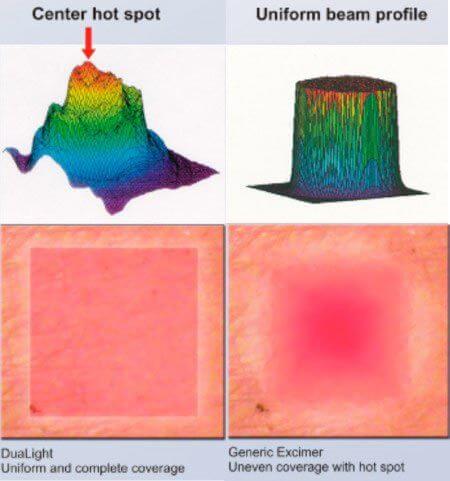 According to an article published by Dr. Mandeep Kaur, Barbara Oliver, Dr. Judy Hu, and Dr. Steven R. Feldman, “Phototherapy is one of the safest and most effective treatments for psoriasis.” Please do read on as they explain their findings in more detail.

Posted in Conditions, Phototherapy
← The History of Light TherapyExcimer Laser vs DuaLight Phototherapy →