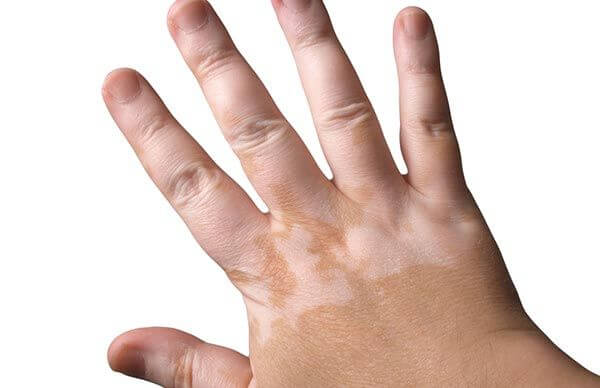 Vitiligo is a continuing skin condition that causes the outer layer of the skin to develop pale, white patches due to the lack of a skin-coloring chemical called melanin. Although the disease can affect any areas of the body, it is most common to have your face, neck, hands, or other sun-exposed areas affected.

A common myth about Vitiligo suggests its treatment to be impossible. However, several new treatments have shown promising results in improving the skin condition.

Topical treatments are particularly effective in Vitiligo if used at an early stage of the disease. Topical corticosteroid has proven helpful in repigmenting the skin; however, it may take several months before any noticeable changes occur. Pure forms of corticosteroid may cause skin thinning or appearance of fine lines in the treated areas, and therefore, it may be combined with certain preparations of Vitamin D and light therapies. Milder forms of the drug may be prescribed for young patients with large areas of vitiligo-affected skin to counter its potential side effects.

This procedure involves treating light skin patches with an excimer laser, which emits a particular wavelength of UVB light. That being said, laser therapy can only be used on small areas, often in combination with a topical drug. In some cases, patients may also experience blistering and redness after the treatment.

Skin doctors may resort to depigmentation to treat widespread vitiligo that has previously been irresponsive to other treatments. The procedure uses medications including monobenzone to gradually lighten the unaffected skin areas so that they blend with the pigmented patches.

Depigmentation has shown promising effects in the treatment of vitiligo; however, the treatment may take up to nine months or even longer, and makes the treated skin surface permanently hypersensitive to sunlight.

The treatment combines the application or oral intake of a drug called psoralen with exposure to ultraviolet A or ultraviolet B lights and is considered effective in returning color to light skin patches. Psoralen is a sensitizing drug that makes the affected areas more sensitive to the UV rays, and while initially the skin may turn pink, normal skin color reappears as it heals.

Although phototherapy has been scientifically proven to be free from any long lasting side effects, combined use of oral psoralen and UVA radiation may be harmful for children under the age of 12, and therefore in such cases light therapy, using narrow band UVB light, may prove beneficial on its own. UVB phototherapy has particularly demonstrated exceptional results in treating vitiligo on the face, limbs and trunk.

Posted in Conditions, Vitiligo and tagged vitiligo
← Treat Psoriasis with Light Therapy5 Tips to Keep Your Psoriasis Symptoms Under Control →