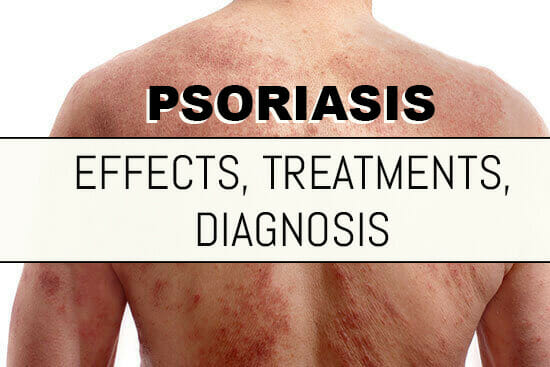 Our body has certain natural processes it undergoes in order to function properly. Unfortunately, when even one of our systems malfunctions, we end up being infected with dangerous diseases and physical impairments.

With regard to our skin, we know the body sheds its old and dead skin every 4 weeks, but what would happen if a malfunction caused new skin to produce before the old one had been removed? The answer is Psoriasis.

Psoriasis is a chronic and long-term disease that enhances the growth of skin cells, causing them to produce new skin rapidly, resulting in the creation of a thick, scaly, white skin that covers the existing one. The symptoms of psoriasis also include red patches of skin that may be itchy to touch.

In psoriasis, skin cells develop new skin in days rather than weeks, building up thick patches of skin called plaques. These plaques may be big or small and are generally found on the elbows, knees, hands, feet, lower back, or scalp. The disease is most common in adults but may affect children and teenagers as well. 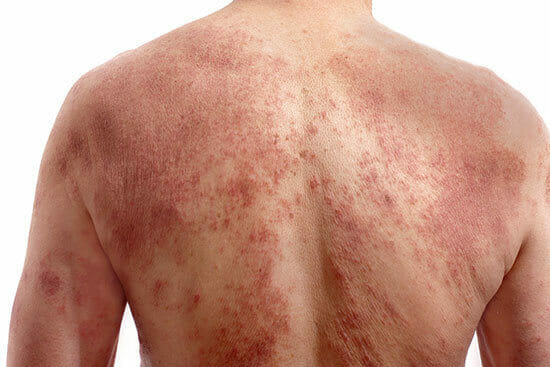 Psoriasis is an autoimmune disease that occurs when the immune system malfunctions, resulting in the inflammation and flaking on the skin. In most cases, the condition is detected in its heightened stages, particularly during dry and cold weather. Psoriasis is a genetic disease, carried amid families for generations and is not contagious.

The symptoms may be mild, with small rashes, or severe, with inflammation of the skin, raised red patches of skin, and silvery, loose, scaly skin. The spread of the condition may be on a small area, or it may even be occur on a large patch of skin, such as the lower back area.

Although psoriasis is not painful, it may be itchy for those who have it. The skin is highly sensitive and can prevent the infected individual from carrying on with their everyday tasks.

People with severe psoriasis might also suffer from psoriatic arthritis; that not only affects the joints and makes it more tender than normal; but also affects the nails, causing them to change color or break.

As psoriasis is a chronic disease, there is no complete cure for it. However, symptoms may appear and disappear on their own or with the help of medical procedures. Although a number of medications and topical solutions are prescribed for reducing the effects of psoriasis, light therapy has also proven to be a successful measure against psoriasis.

Light therapy can be of varying types and provides patients with relief of their psoriasis symptoms. In general, half hour sessions are recommended for phototherapy, twice a week, after which the effects of psoriasis are reduced in intensity.

As traditional machines only cater to full body light therapy, TheraLight has developed DuaLight®, a light therapy mechanism that allows you to target specific areas of your skin, making it easier to treat only areas affected by psoriasis.

So Don’t Let Your Skin Condition Take Over Your Life. Ask your doctor about phototherapy using the safe, effective, and non-invasive treatment offered by DuaLight™.
Posted in Conditions, Phototherapy, Psoriasis and tagged psoriasis
← Use and Benefits of DuaLight for Skin ConditionsWhat is Vitiligo? →